Our friends at A Secret Club in Denmark asked us to participate in an exhibition on the theme of an explorer in ‘the Eastern Forest’. My piece is about the Tasmanian Tiger, or Thylacine:

The Tasmanian Tiger ( or Thylacine) was officially declared extinct in 1982 . There have been many alleged sightings of it since,but no concrete evidence of it’s existence, despite various financial rewards being offered over the years for proof of it’s continued existence.
One theory of  why the Tasmanian Tiger was hunted to extinction  was because of it’s portrayal as a ferocious and dangerous animal in the various visual portraits of it in the 19th/early 20th century, leading farmers to believe it would destroy their livestock.  Accounts of the animal suggest it was actually a placid and shy animal.  In my drawing an explorer has come across the Tasmanian Tiger in the Eastern Forest, and discovered it as it should have truly been represented.
Pen and watercolour on paper.
More info on the exhibition here.
Exhibition in Aarhus runs until 21st April 2014 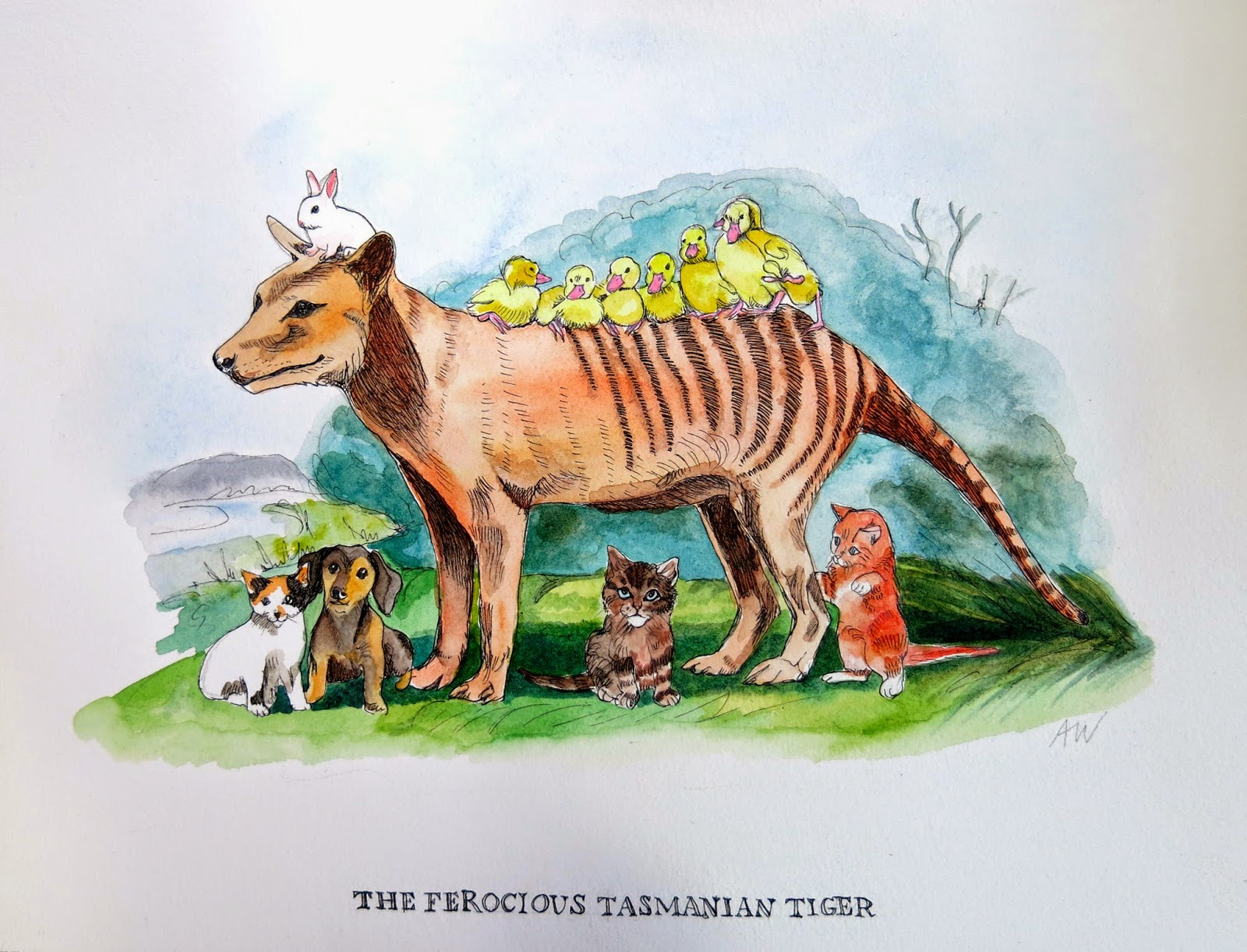