Cygnus suite is a collection of cyanotypes of swans and swan related objects found in locations in London based on a map of the star constellation cygnus, the swan. The different stars in the constellation are represented by parks or other places you might find swans, you can see the google map here. This work was the result of taking part in the 'Starlight' artists' residency with Mayes Creative and The Royal Astronomical  Library.
All the images are catalogued, similar to how stars and other astronomical phenomena are catalogued, each with its own number. Swan images are catalogued  - Co (Cygnus olor, mute swan latin name); HP/BP/SJP/BM/WC (Hyde Park/Burgess Park or Battersea Park/British Musuem/Wellcome Collection); W2/SE5/SW11/SW1A/ WC1/NW1 (park/museum postcode); 1,2,3...(image number). Feather numbered simply F1, F2 etc, in a similar style to messier numbers and Mpm is Miscellaneous printed material, Si is Swan image.
Some of the images have colour added to the cyanotype, this is to represent the different colurs seen in the particular star. 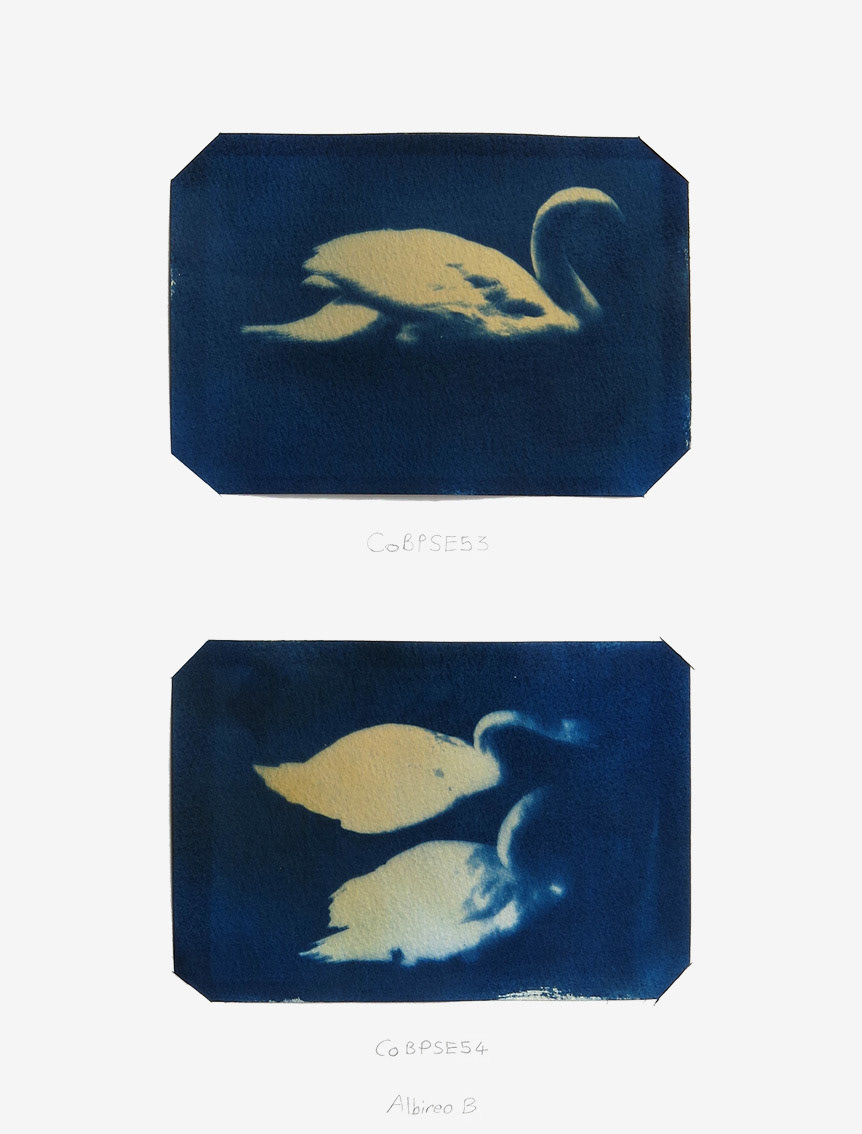 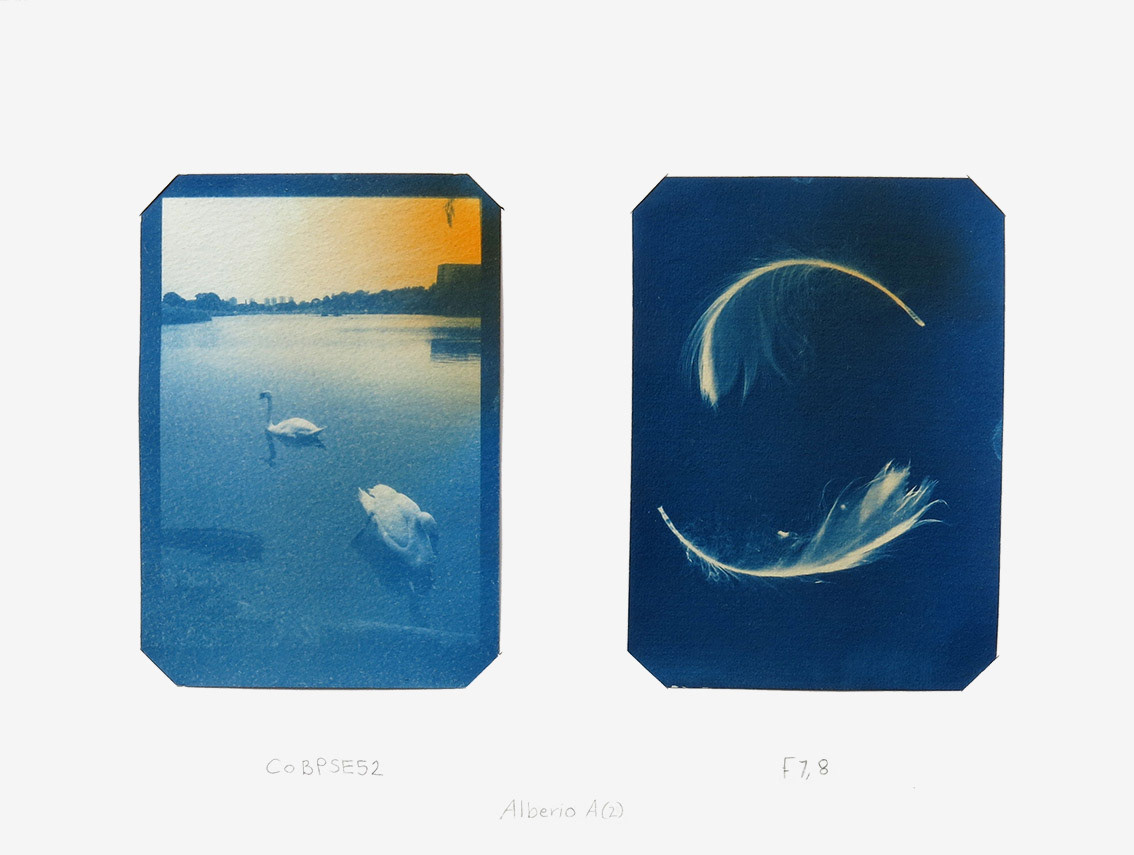 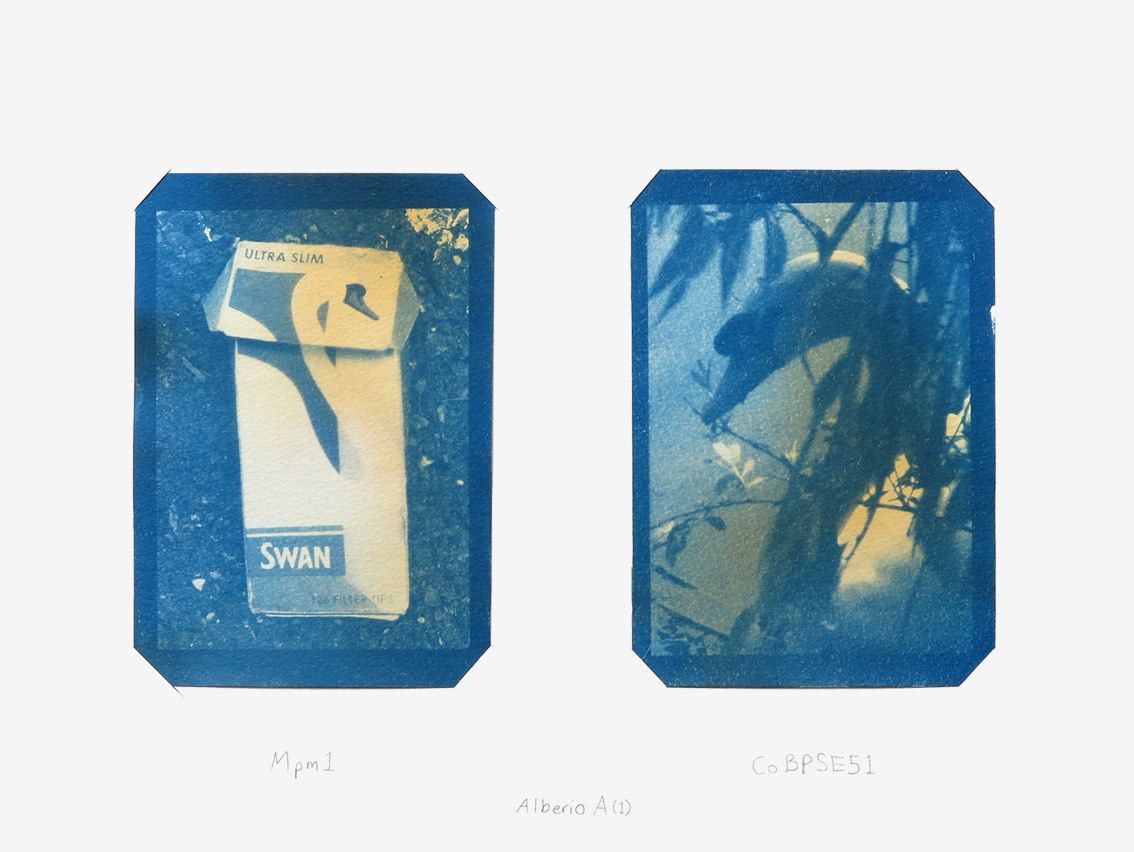 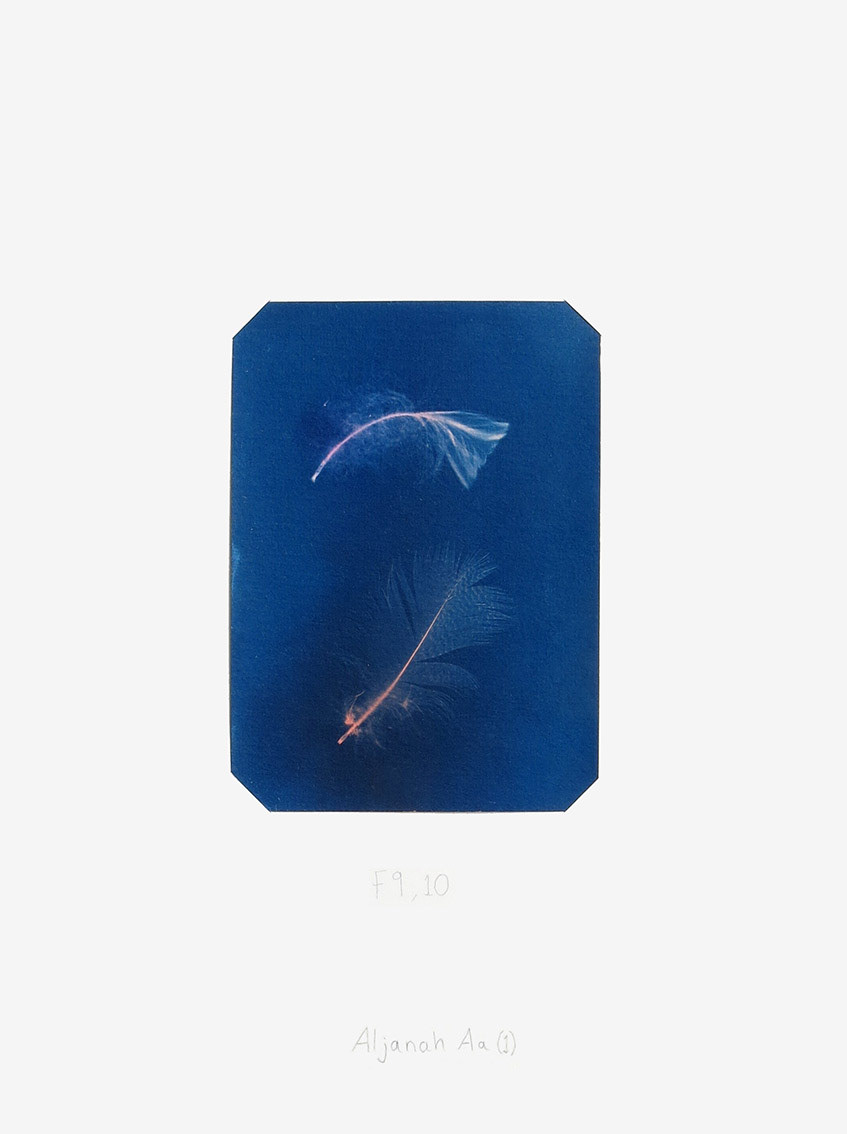 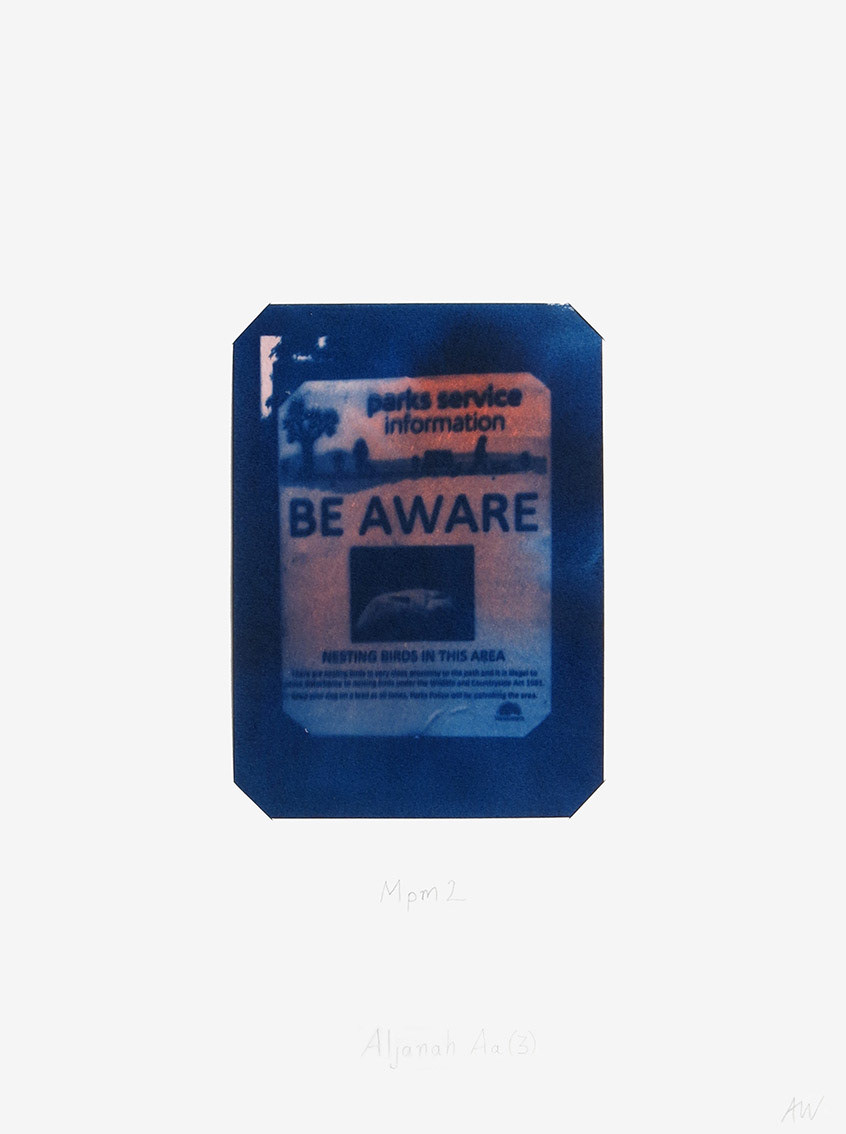 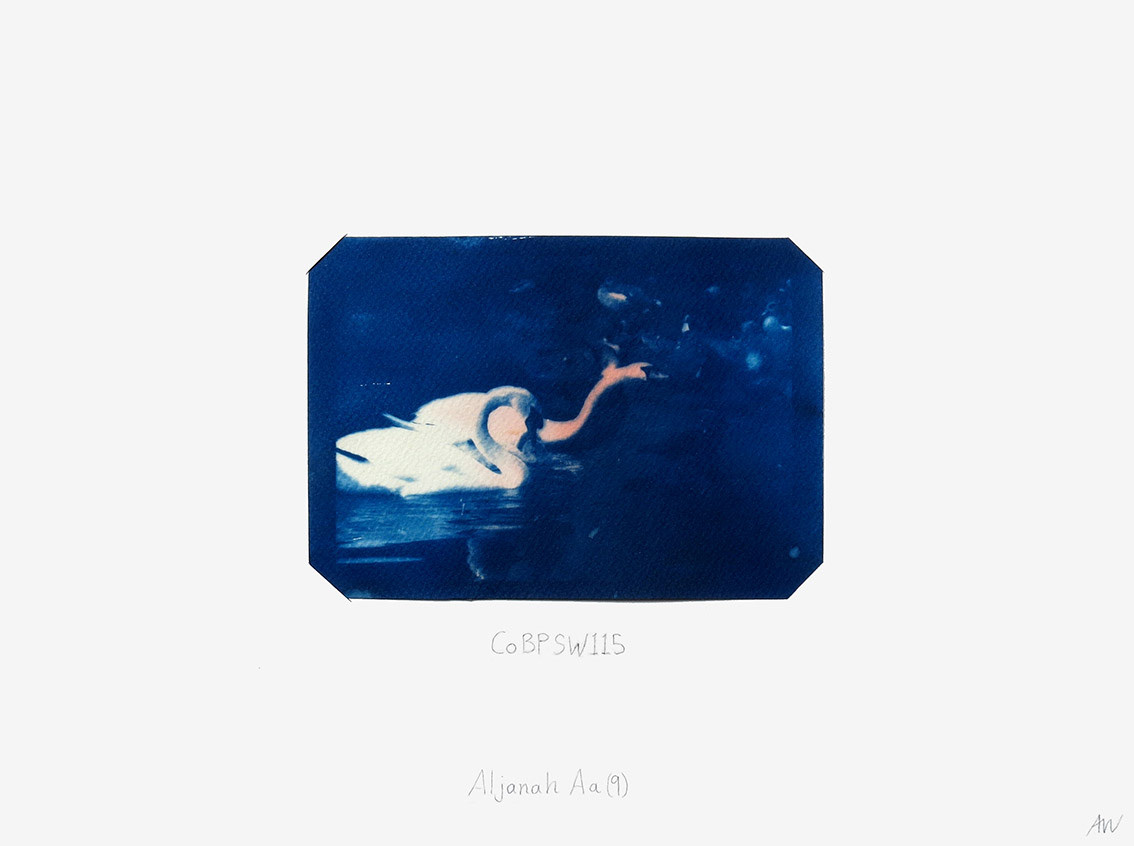 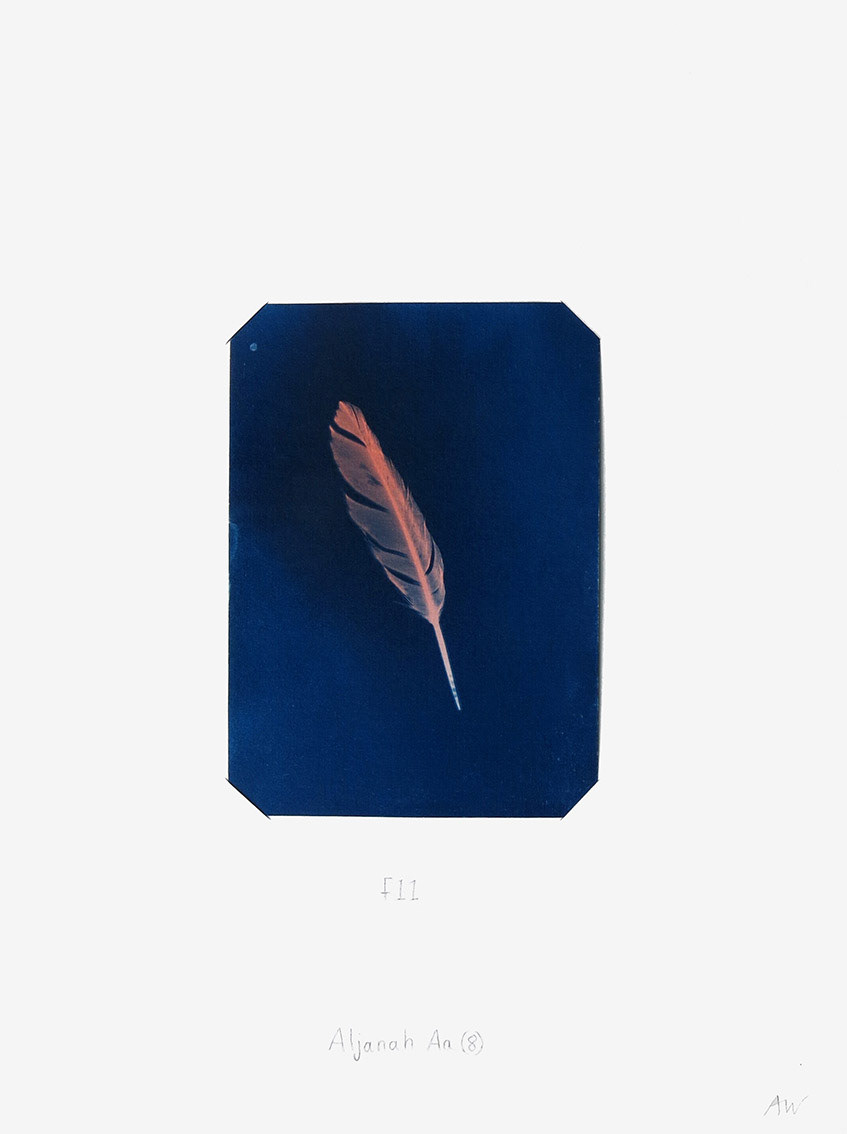 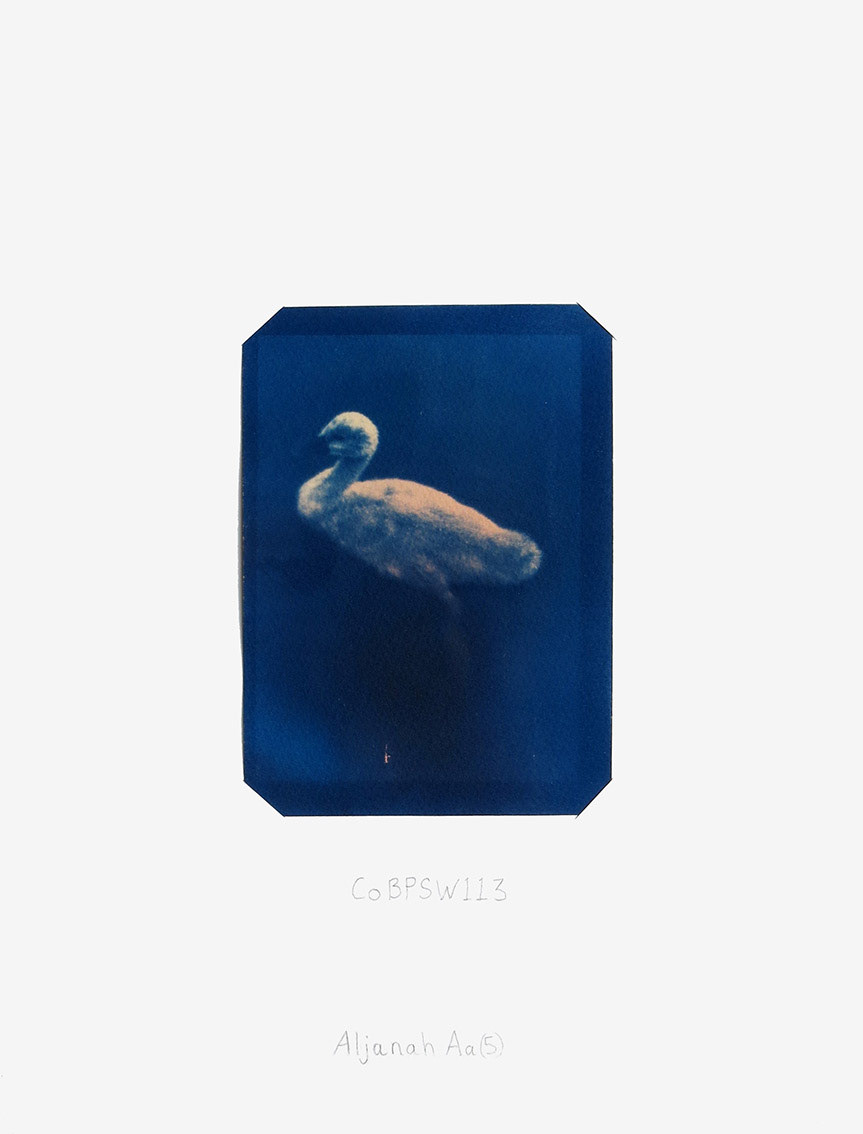 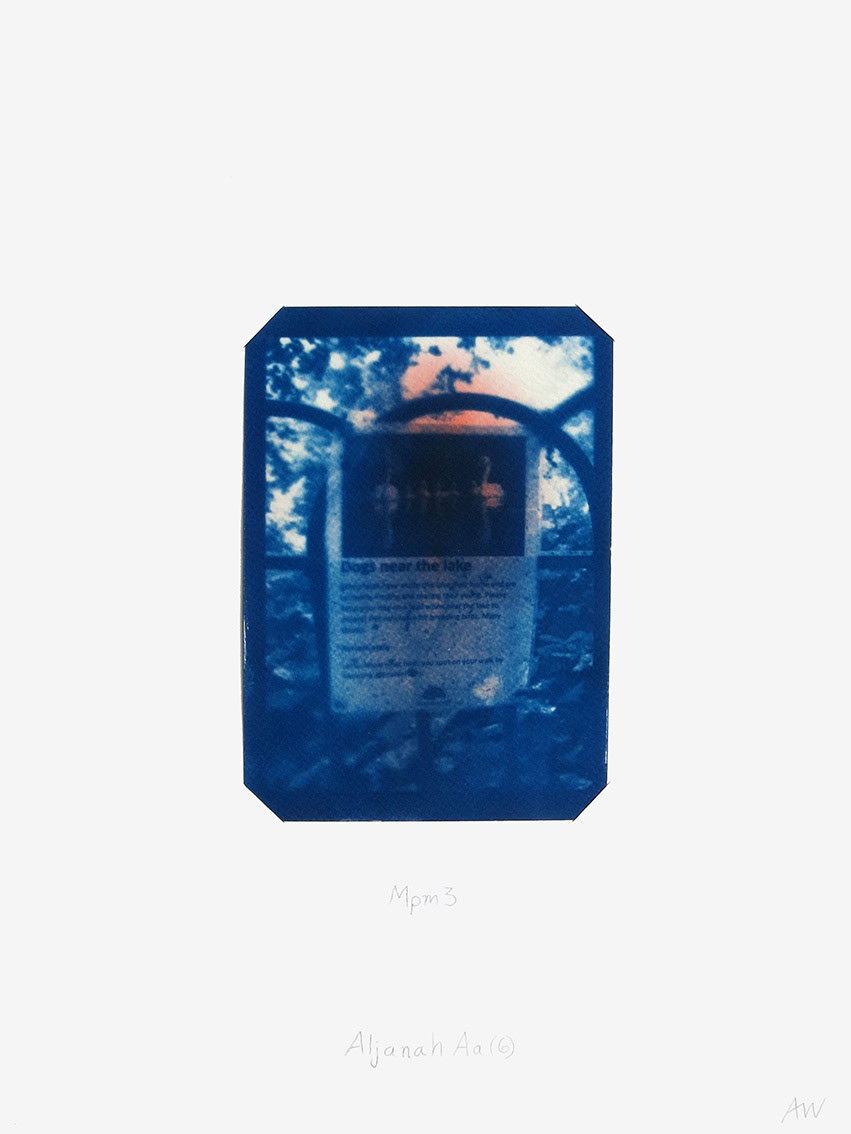 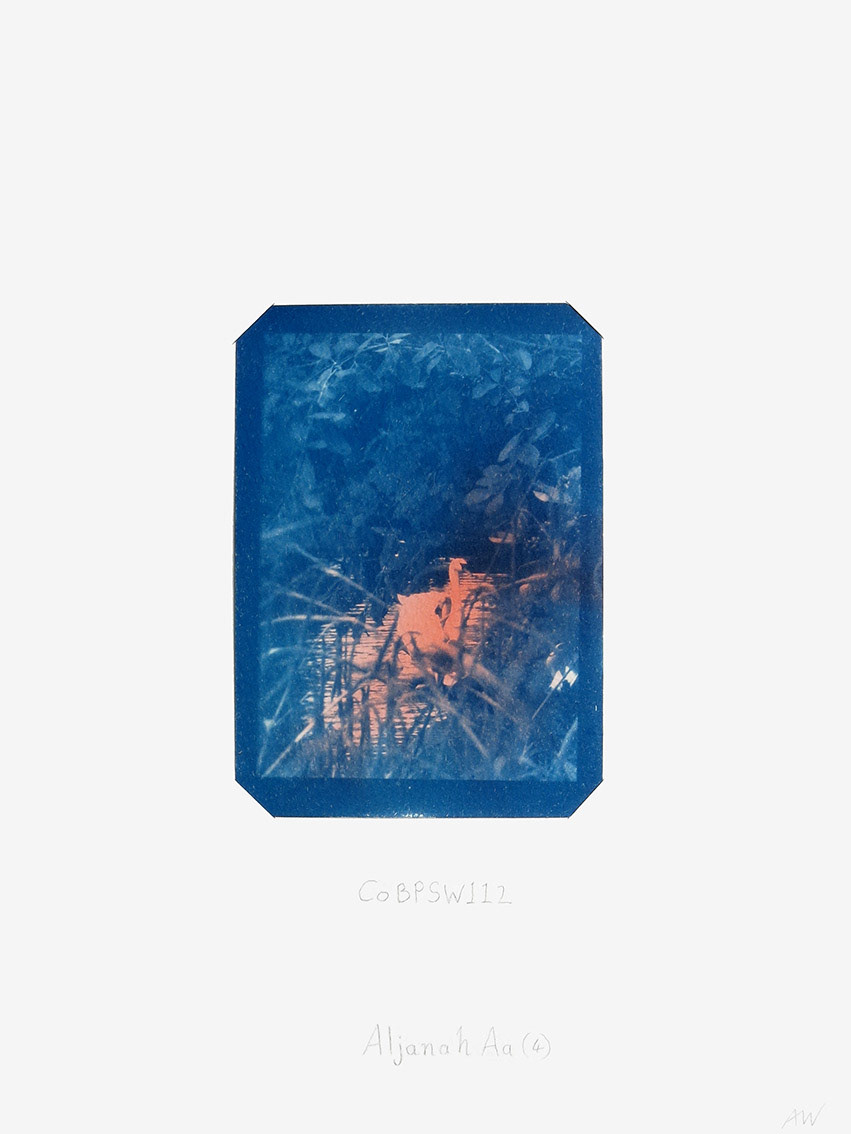 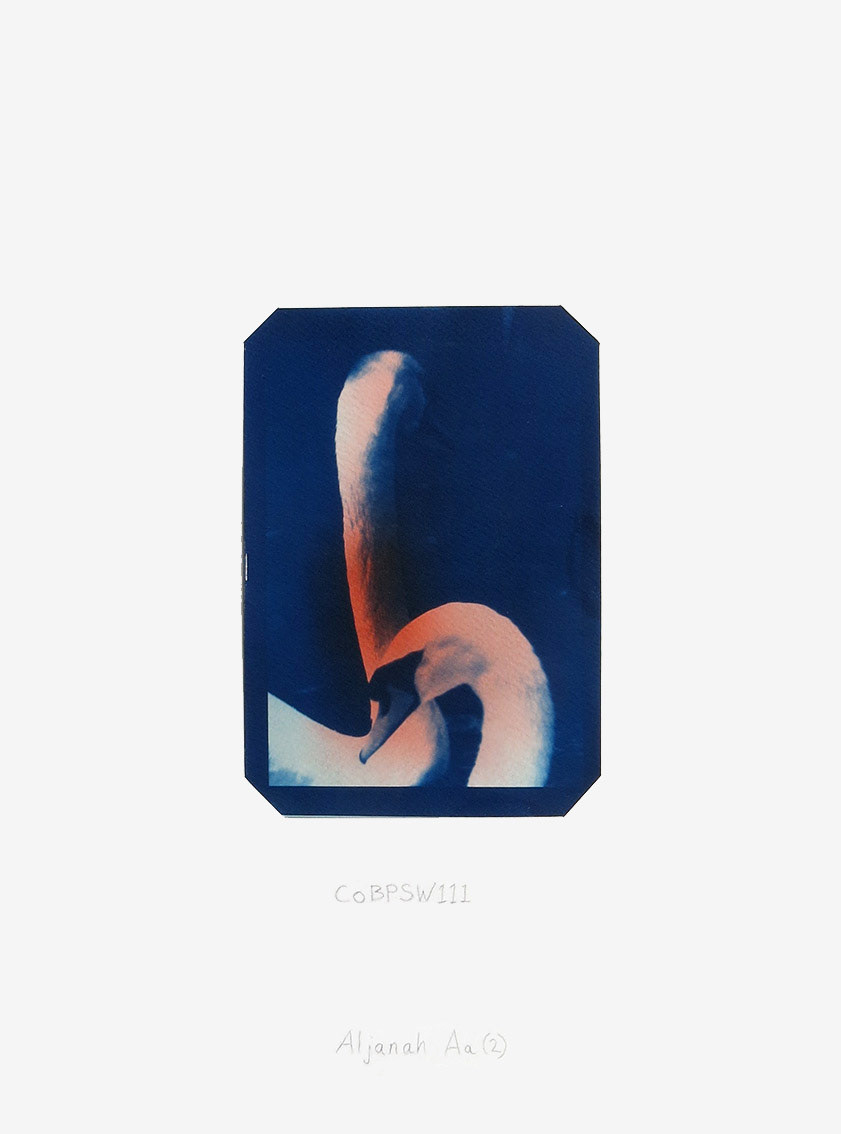 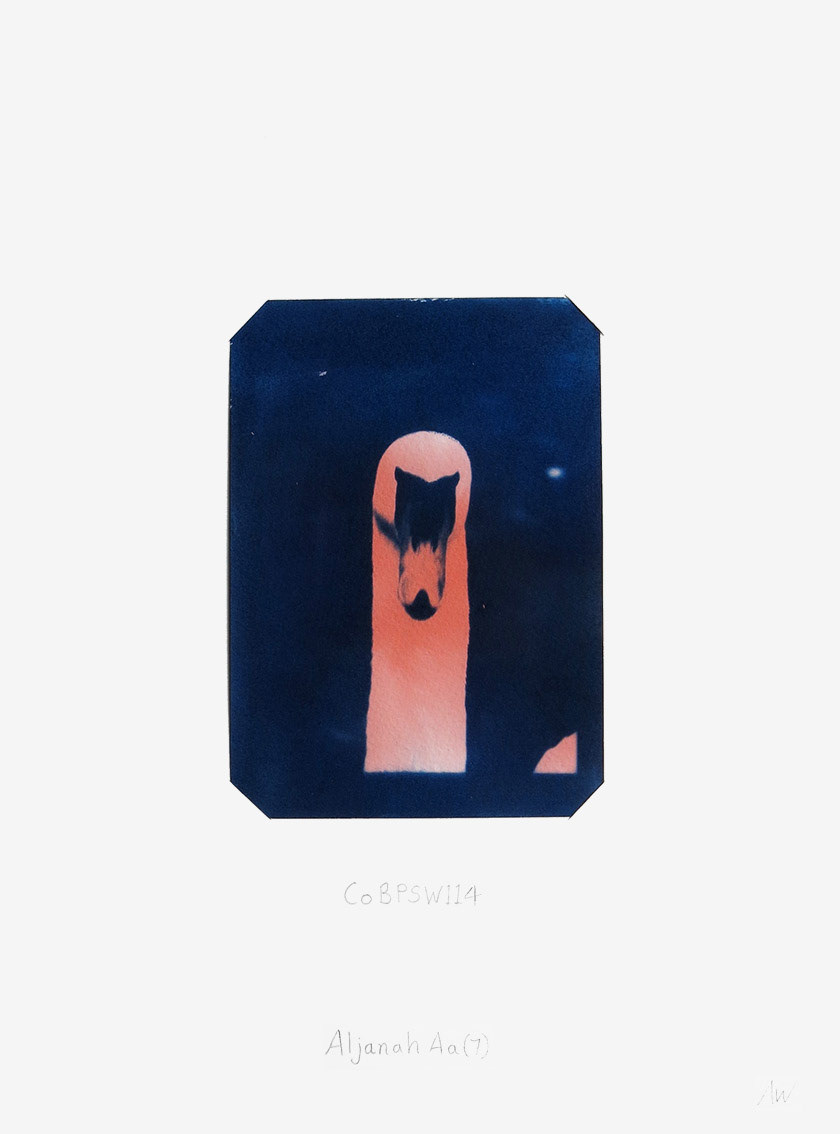 Aljanah (Battersea Park)
Cyanotypes on paper. Each cyanotype is 18 x 12.5cm, a single image mounted on one piece of paper 42 x 29.9 cms 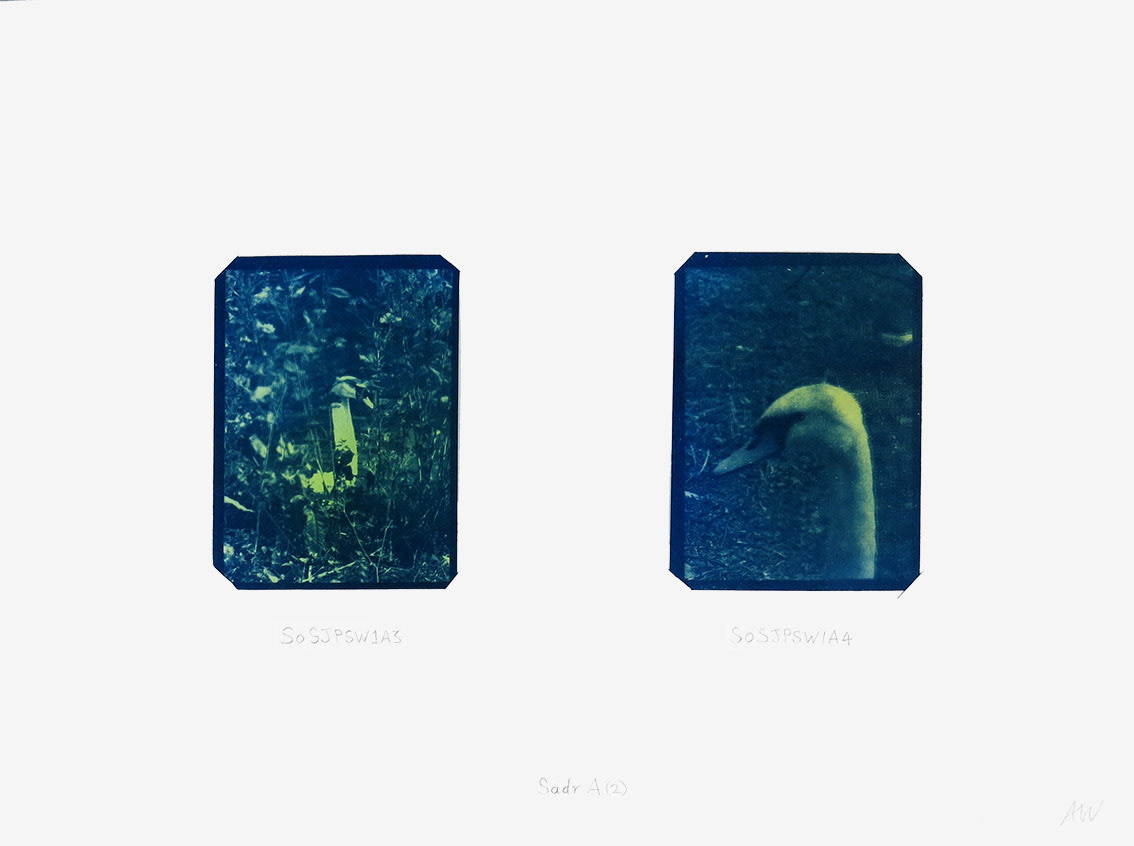 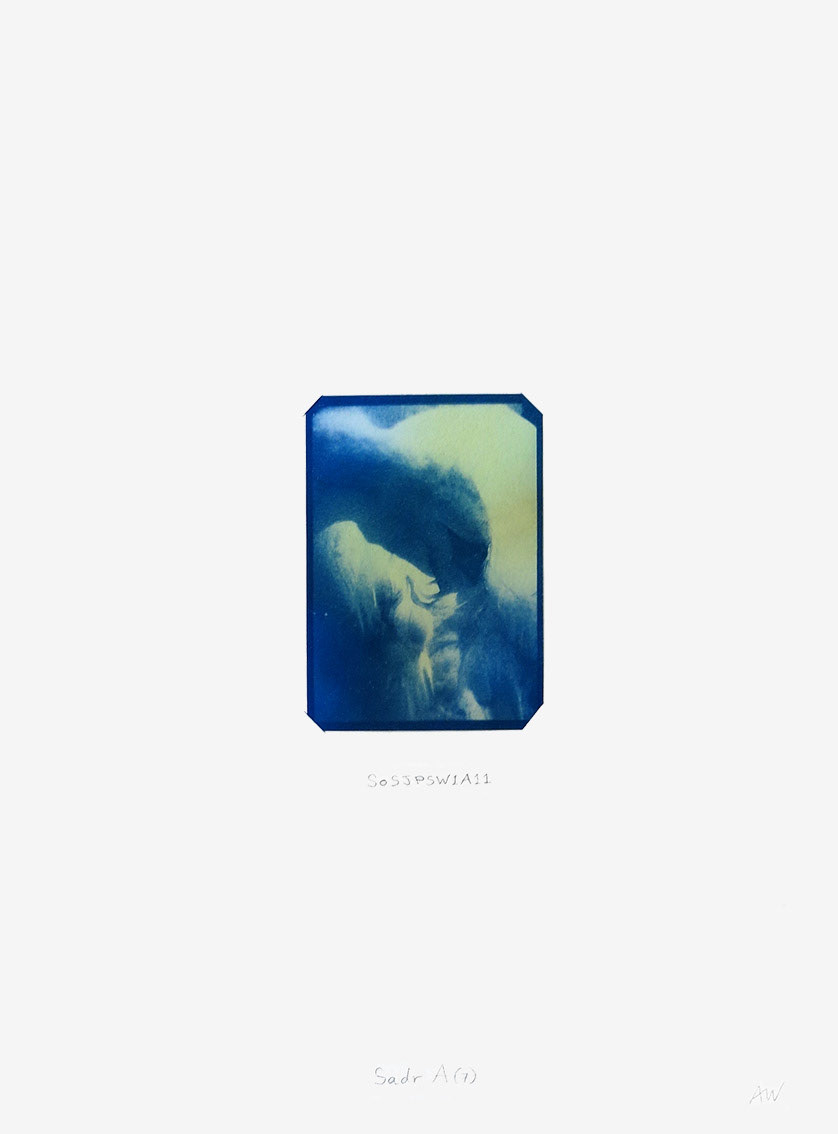 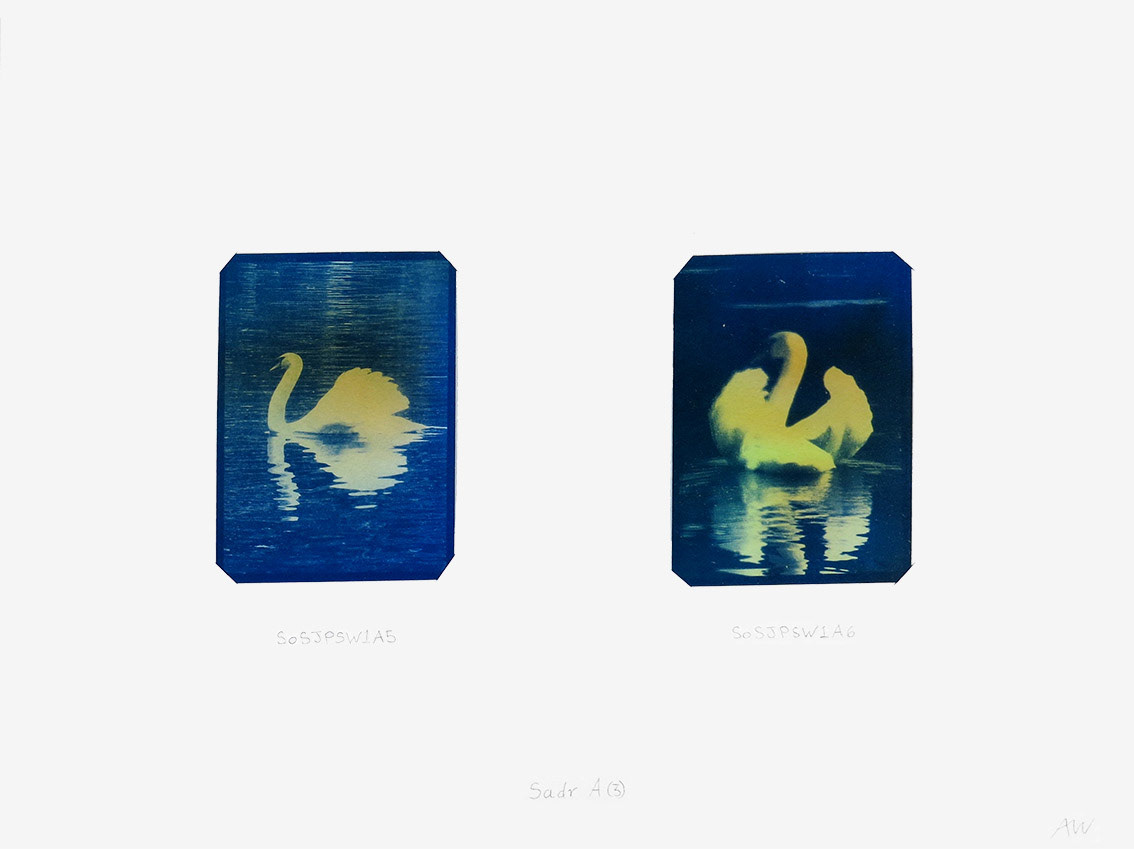 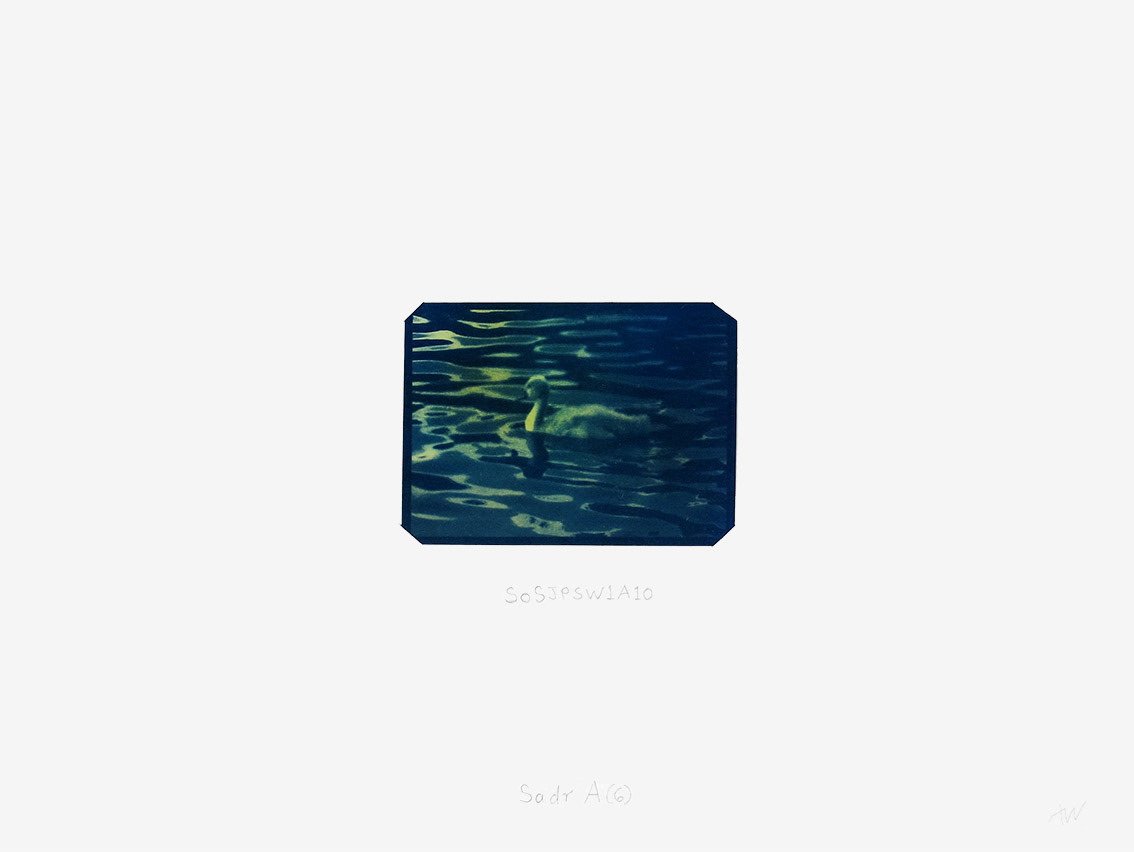 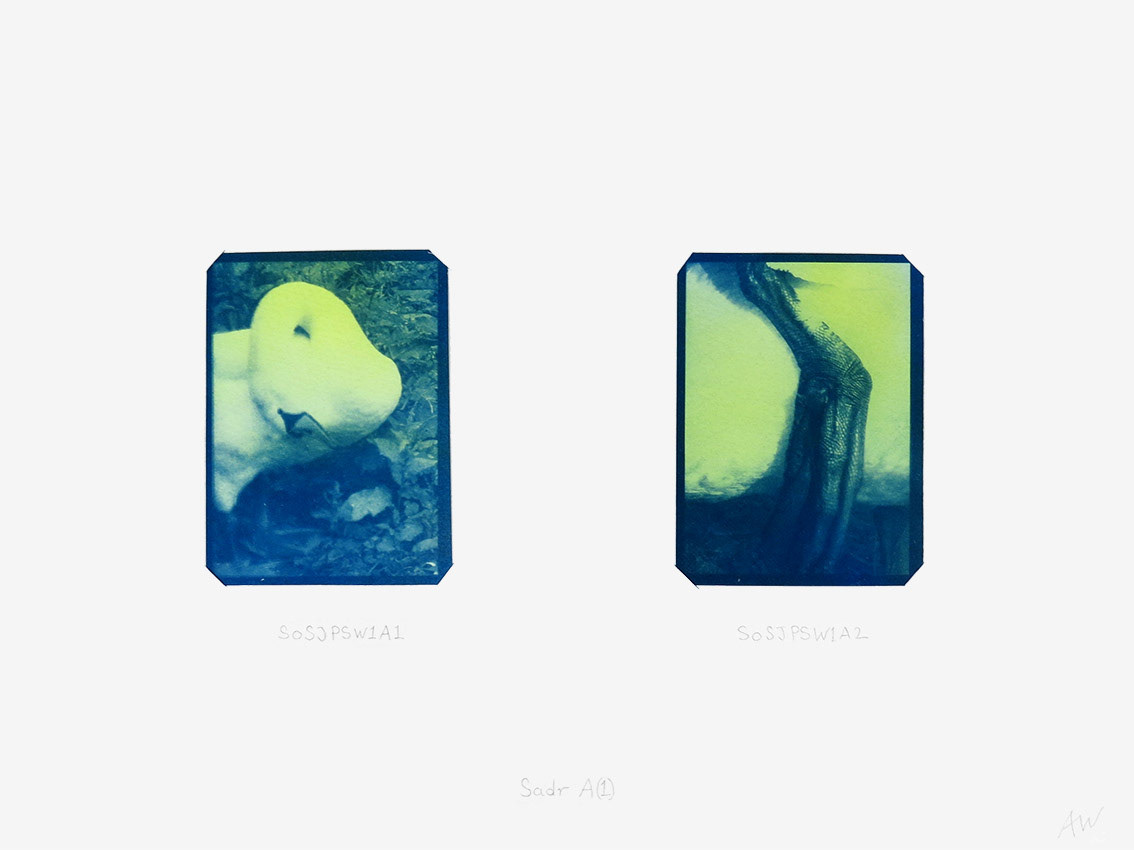 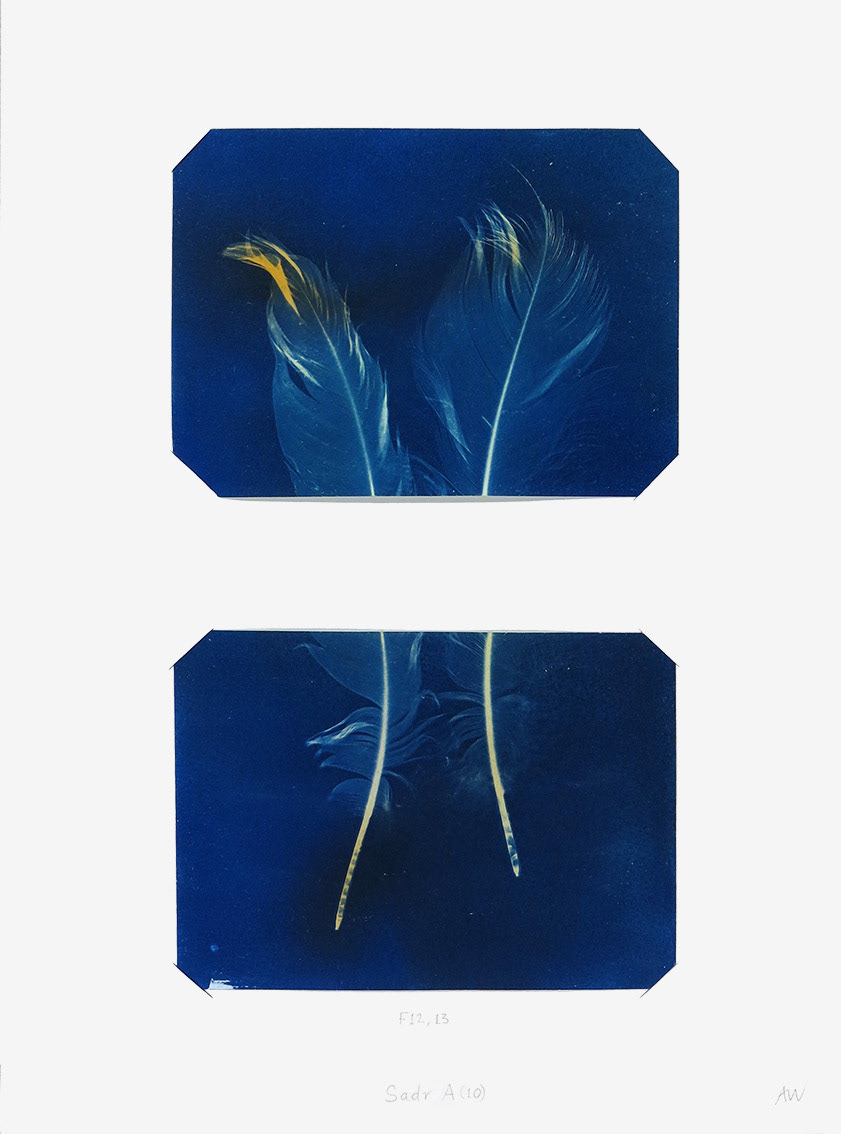 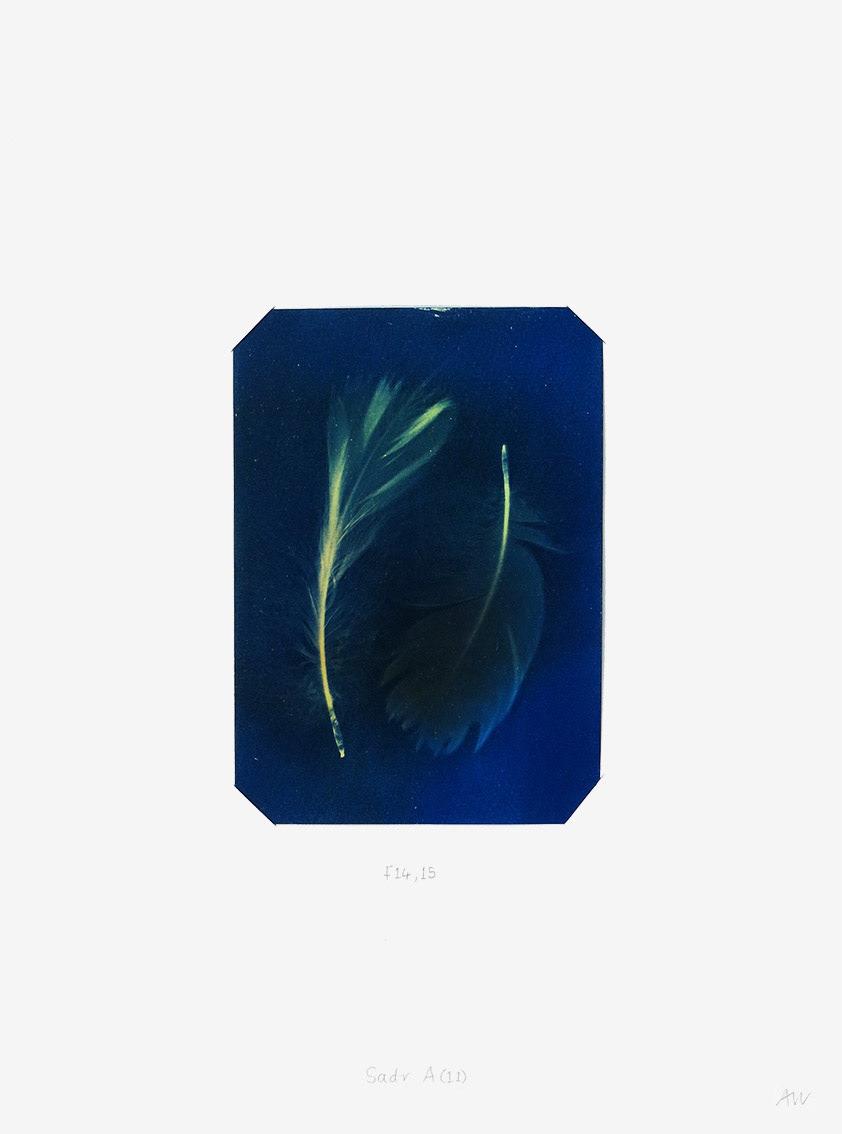 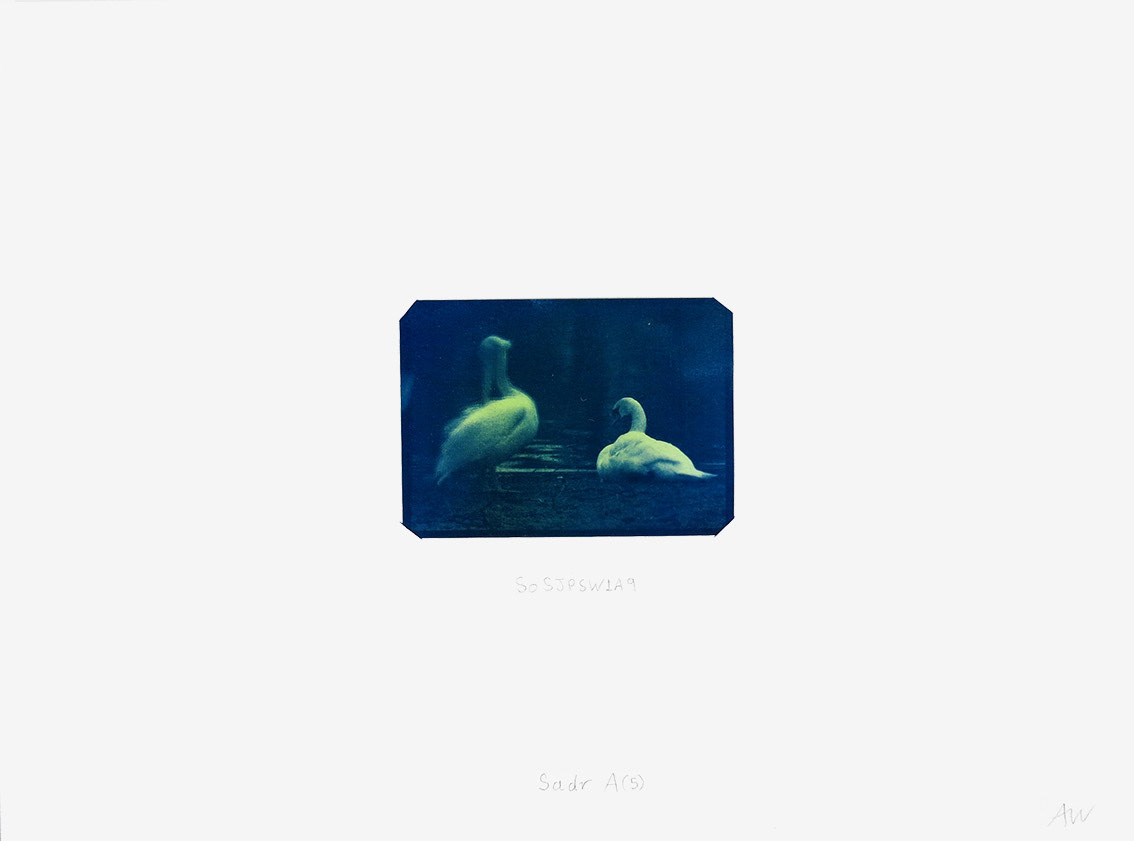 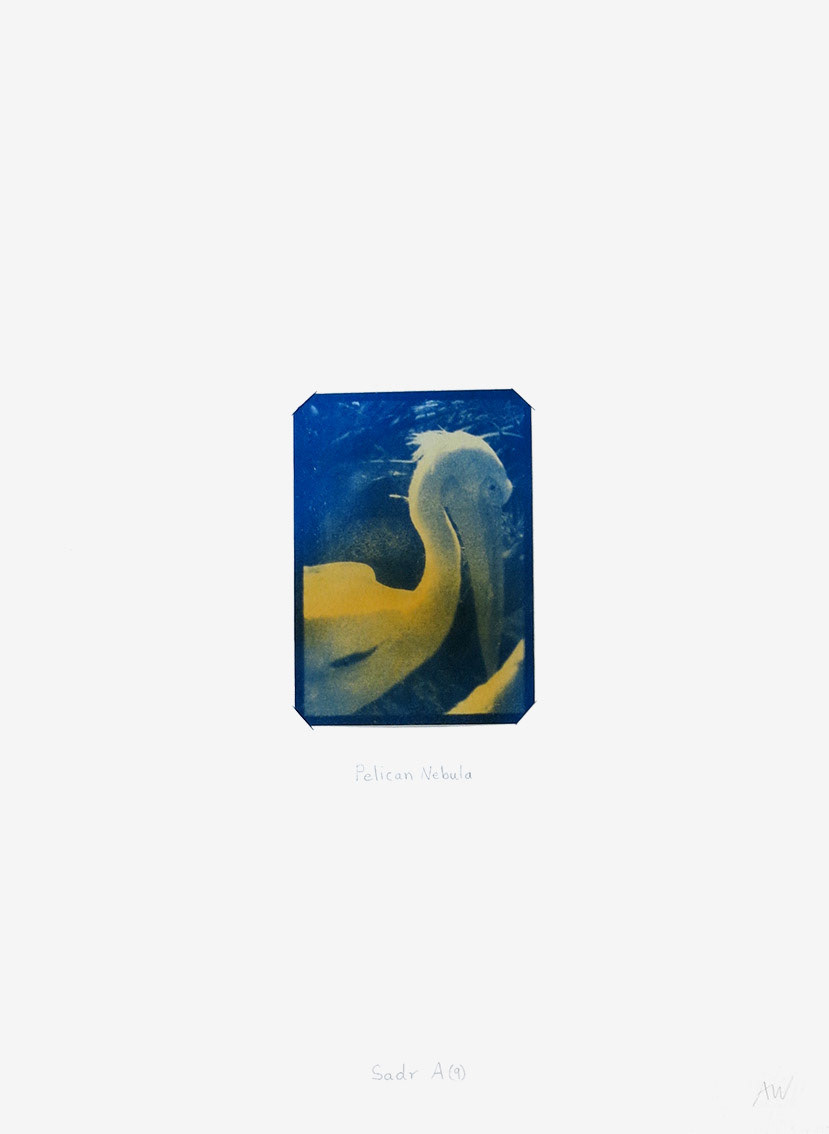 Iota (The Wellcome Collection)
Cyanotypes on paper. Each cyanotype is 11.5 x 8.5 cm, mounted on one piece of paper 84 x 59.5 cms. Images taken from Wellcome Collection copyright free images of swans in their image collection
↑Back to Top